Challenge Yourself: Do Something Epic!

I see so many people just trudging along in the monotony of their daily lives, happy to get up, drink their cup of Joe, eat their muffin, and head off to their jobs; only to trudge home and plop down on the couch in front of the TV. Ugh! Why? Instead of going through the motions like everyone else, why not challenge yourself and do something epic. Do something mentally, physically, and emotionally exhausting, something that will forever change your life and define who you are as a person.

Most people think they can’t and they are correct; as long as they think they can’t do something, they will never be able to do it. They think they are too old, too out of shape, or some other excuse that they have convinced themselves is true. When I began exercising I weighed over 300Lbs, I smoked, drank and was an illegal drug user; I was the epitome of self destructive and out of shape. By God’s grace, I escaped that lifestyle and chose to channel my passion into my health and wellness and hopefully to inspire others as well along the way.

A few years ago my wife and I had a crazy idea. We had been running for a couple years and I just mentioned the idea, almost jokingly, that we should run a marathon. Her first response…. “Are you crazy?” Then a few weeks later, while we were running, she said… “Hey, I think we should run that marathon.” So, long story short, we talked to a few people who had ran one to get some advice and began training for the San Antonio Rock n’ Roll Marathon. Little did we know the impact that it would have on our lives. After finishing the marathon people would ask us how was it, or did you win? People don’t understand the significance of those 26.2 miles and that just getting to the finish line is a huge feat. I’m not sure if it was during the run itself or afterwards that I had a bit of an epiphany, a light bulb moment. What was my “light bulb” moment? Everyone should do something that is as challenging as a marathon. What I learned about myself during the training and especially during the marathon itself is something that is a bit hard to put into words. This may sound cheesy, but it taught me that I am capable of anything that I set my mind to. I am not an athlete, nor have I ever been. I was the asthmatic fat kid growing up that never stepped into a gym or took a P.E. class. But, I set a goal for myself, went after it, and achieved it! And guess what? It has forever changed my life.

Will I do another marathon? Well, I have run two marathons so far but, I think it is time to move on to the next challenge, whatever that may be. Perhaps I will run a 50K or a 50 miler, I really enjoy trail running so that is a definite maybe. I will be 40 in about 3 years and I am seriously considering a triathlon. I have never really swam and I don’t own a bike so I figure it would be a great challenge for me to do a triathlon and who knows, maybe I’ll start training for an Ironman. What better way to celebrate my 40th birthday. How awesome would it be for the former fat little asthmatic kid, who never took a P.E. class in his life, to finish something as significant as an Ironman?

At this point all I know for sure is this; you need a goal that impacts who you are as a person. You need a challenge that will change your life and open doors to what you never thought were possible. Find something that you don’t think you are capable of and just go after it. You might be surprised what you are truly capable of. Do something epic!

I love this blog, maybe you will too Training The Fat Kid. 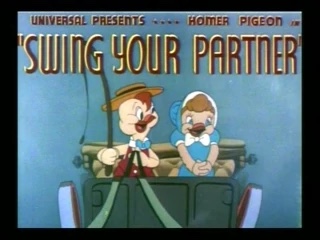